Home » Can I Stop Using Creams When I Suffer from Eczema? 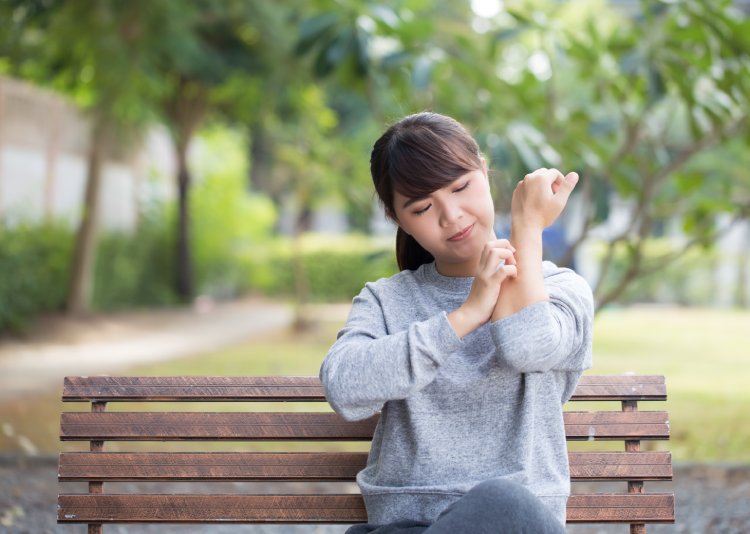 Can I Stop Using Creams When I Suffer from Eczema?

Eczema is a condition whereby you’ll have some patches on your skin, and they will feel rough and itchy. There are different types of eczema, and some of them can cause blisters.

There are millions of people in the U.S. who usually suffer from eczema. Most people commonly use the term eczema while referring to a condition known as atopic dermatitis, the most common type of eczema.

There are specific foods that usually trigger Eczema symptoms, and they include dairy and nuts. The environmental triggers are such as fragrances, smoke, soaps, and pollen. You should also know that eczema is not a contagious condition.

Some people usually manage to outgrow the condition; however, others will sustain the condition throughout their adulthood. In this article, the main focus is on whether you can stop using creams if you suffer from eczema. We’ll also look into the symptoms, causes, types, and treatments for the condition.

The symptoms usually vary, and it is all dependent on the person’s age. Eczema can affect infants such that they’ll have scaly and dry patches on their skin. The patches are itchy. If you scratch and rub continuously, you’ll end up sustaining skin infections.

Some of the common Eczema symptoms include:

Some of the Eczema symptoms usually vary from one person to another, especially among people with darker skin.

If someone has severe eczema, they need to seek medical attention. They’ll be subjected to intensive treatment to ensure the symptoms are relieved.

Some people with eczema usually develop the condition even before they are five years old. A considerable percentage of children with eczema will not have any Eczema symptoms when they reach adolescence age.

People with Eczema experience instances when their symptoms worsen. There are also times when the symptoms will clear up or improve.

The symptoms in adults and children usually vary. Let’s look at everything in detail now.

The Symptoms on Infants

If an infant is suffering from eczema, they’ll experience the following symptoms:

The following symptoms are common in a child who is above two years or older:

The symptoms in adults include:

As an adult, if you develop eczema, you need to visit an allergist in New Jersey. Also, adults with eczema will have eye issues and skin that can be irritated easily.

Currently, we don’t have a cure for eczema. The treatment options that are available aim at ensuring the affected skin has healed. The treatment will also ensure the symptoms are prevented.

The medics usually recommend specific treatment plans depending on the age of the affected patient, their current state, and the symptoms they’re experiencing.

Some people are forced to live with eczema for the rest of their life. For some people, eczema is a condition that will last for a long time.

The medic can prescribe different forms of medication for people with eczema, and they include:

The condition cannot be cured. As a result, you should stick to the treatment plan that the doctor has recommended. In this case, if you’re using creams for eczema, you need to continue using them till the condition fades away.

There are certain things individuals suffering from eczema can do if they want to support the health of their skin while ensuring the symptoms have faded away, and they include:

There are different natural remedies for eczema, including coconut oil, aloe vera, and apple cider vinegar.

The Causes of Eczema

The primary cause of this condition is not known; however, some researchers believe that the ailment comes about because of environmental and genetic factors. The children usually develop eczema if the parent has the condition. If both parents have eczema, the risk will be higher.

How to Plan for a Future After Breast Cancer

4 Simple Techniques To Safeguard Your Mind, Body, And Energy