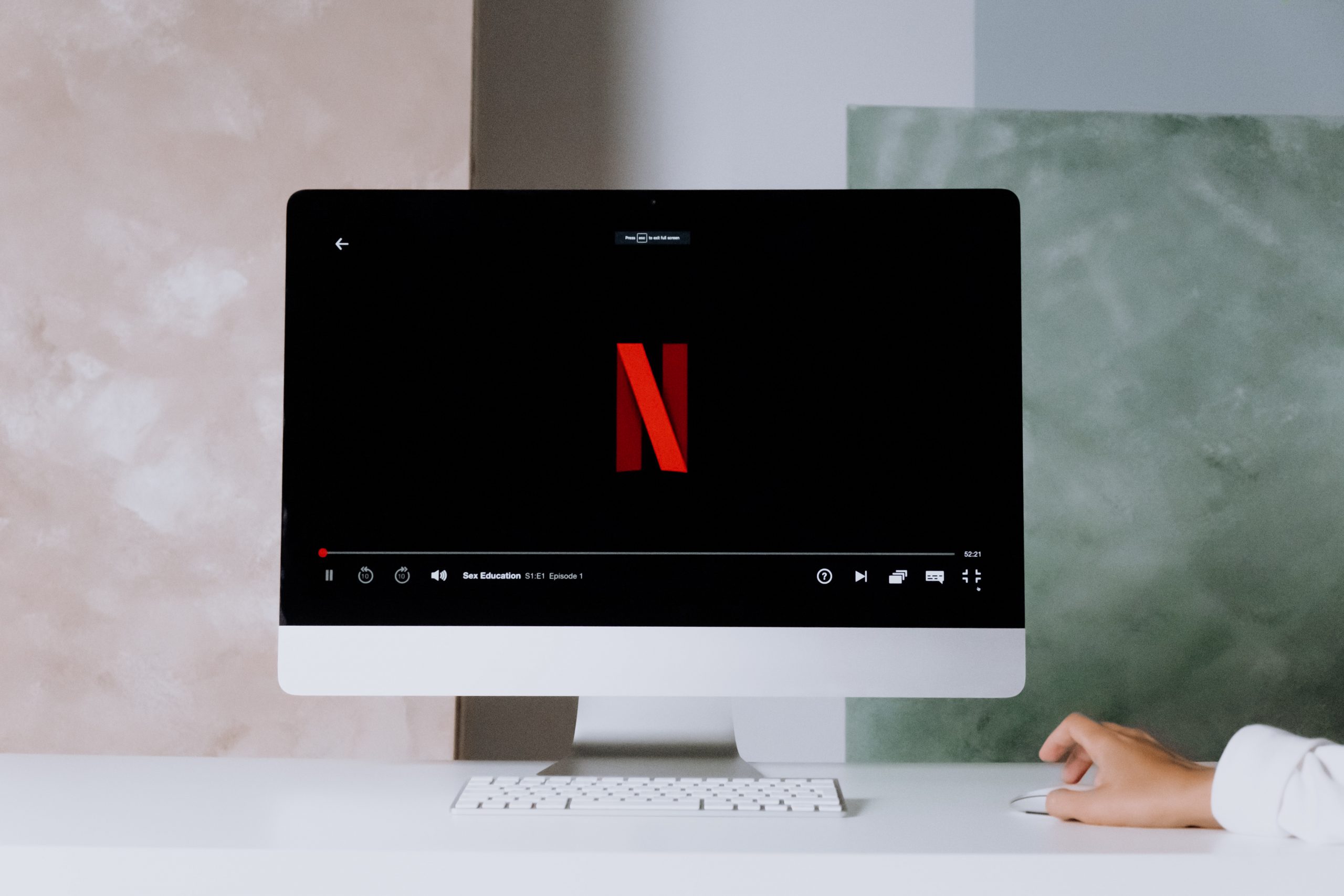 Have you ever spent manhours trying to figure out which are the best cooking and food shows on Netflix that you can binge? If yes then this article will be your saviour.

Food is one of the five most essential components of nature sustaining lives.

Over centuries, through their civilisations, humans have developed various cuisines to satisfy their taste buds.

Each cuisine has its ingredients, species and cooking methodology which makes it stand separate from the rest.

You won’t deny the fact that just watching someone cook your favourite dish is exhilarating in an inexpressible manner.

You can have a similar feeling while watching a cooking show on your screens.

The poise and professionalism with which these shows are made are incredible.

Plus, you don’t need to be a master at cooking to appreciate the art of preparing the food.

The format of these best cooking and food shows on Netflix platform varies from each other.

Some have a competition theme where you can feel ecstatic in seeing a home chef make thousands of dollars.

While there are others where you can watch your celebrity chef travelling the world to bring you authentic food stories from various countries to your screen.

There are some cooking and food shows on Netflix which even goes beyond the kitchen and highlights the injustices inflicted on people who are at the core of the food chain viz. the farmers, vendors, etc.

Amongst these, I’m sure you have your favourite pick that you binge all the while.

Here’s a list of the 10 best cooking and food shows on Netflix.

1. The Great British Bake Off

The Great British Bake Off is like the F.R.I.E.N.D.S series but in the culinary genre – evergreen and fun.

The show has an old age competition format wherein the contestants are amateur home bakers trying hard to win the show.

These contestants are asked to bake from the simplest dishes like a cupcake to the most complicated ones like the tarts.

But for a competition format, the show is very warm and void of any drama.

The camaraderie between the bakers is like that of a family and its heart aching to see one of the members leave and the others crying over it.

Even today GBBO remains as one of the most famous shows in the United Kingdom.

Overall, the show is light on your mind and quite entertaining.

The show gets the same name as the book on which it is based.

Samin Nosrat, who is the author of the book ‘Salt Fat Acid Heat’ and also the host of this show travels and explores food worldwide.

She bets her money on the one underlying principle that all food is influenced by the four titular elements.

Nosrat is shown travelling to Japan where she learns the traditional and authentic way of preparing soy sauce, then to Italy, Yucatán and Berkeley.

On her journey, Nosrat meets and chats with everyone involved in making the food reach your table – from farmers to food suppliers and chefs.

She aims to learn the minutest of details associated with the best food.

This four mini-series show will astonish you as you’ll realise that there is so much that we don’t know about the food that you eat.

The show is considered one of the best food shows around.

The medicinal use of recreational marijuana has made big headlines throughout the evolution of mankind.

Despite it still being treated as a taboo in most of the world, there are countries like Canada, South Africa, Georgia and Uruguay which have legalised the use of recreational cannabis.

Cooked with Cannabis is a series wherein each recipe that is cooked on the show has cannabis as its prime ingredient and the winner gets to take home a huge cheque of $10,000.

The show is hosted by Kelis and Leather Storrs.

The co-hosts alongside special guests judge the contestants for their skills to recreate stoner culinarily.

The items prepared are not just limited to weed brownies, but the professional chefs prepare an elaborative three-course meal.

The food items prepared are backed by scientific knowledge about cannabis and with the appropriate balance between CBD and THC.

The show is a mix of an impressive cooking series with its fair share of hilarious highs.

In all, there are 6 episodes with 30 minutes allocated to each episode.

It also sets a tone for most people who are yet unaware of the positives that cannabis possesses.

The Final Table is based on a lucid formula – the chef needs to have fantastic skills in order to create the national dish of the visiting country.

There are twelve international teams of two professional chefs each.

These experts are made to compete against each other with the end goal to get a seat at the table with the cooking legends.

Andrew Knowlton, a famous food critic and writer, has done a great job as a host.

The structure of the show entails the chefs visiting countries like India, Mexico, Spain, Japan, England, and the United States and preparing its national dishes with their touch and by using the local flavours.

The contestants with the best version, closest to the local dish, get to visit the next country on the list.

It has one season with 10 episodes. It is quite intriguing to know who will make it to the table in the finale.

The primitive structure of the cooking shows is usually twofold – one in the form of competition and the other where an esteemed chef is like the hero of the show who takes the viewers through his creation by making mouth-watering delicacies.

It covers a glimpse into the renowned street food from different parts of the world while taking a sneak peek into the lives of the local street food chefs and vendors.

It invokes a connection between the viewer and those chefs by sharing the compelling story behind their dishes.

There are two volumes of the show.

First, one reached out to nine cities in Asia which include Delhi (India), Seoul (South Korea), Ho Chi Minh City (Vietnam), Cebu (Philippines) and others.

It’s a great pick for people who connect travelling to places with their love for food.

This Australian show also has a competition model wherein the home chefs are put in a face-off against the chefs from Australia’s best restaurants.

These professional chefs have a have an edge which serves as a disadvantage to the home chefs.

Through their work over the years, these professionals have mastered the techniques of preparing a particular cuisine as they serve it every day to the hundreds of customers who visit their restaurants.

Each day there’s an elimination round.

At the end of the week, the best of the home cooks faces the head of the restaurant in the finale.

The novelty of the show lies in the fact that in every episode the chefs are preparing just one dish which aids you in taking a deep dive into the entire preparation of the dish.

This is quite distinct from other shows with a similar genre.

There are many occasions wherein the professionals impart cooking tricks and tips which are helpful and it also develops a personal connection with you.

The cherry on the cake is Dan Hong, Melissa Leong and Mark Olive who are seen doing a fabulous job of judging the show.

There are 2 seasons of this show comprising 115 fantastic episodes.

Do you ever get up on a Monday morning wondering to cook but cannot because it’s tedious? Does your hectic life force you to order and eat junk food?

In that case, Nadiya’s Time to Eat is your go-to food show.

It is one of the rare shows whose recipes have a higher chance of making it to your kitchen.

In the year 2015, Nadiya earned fame overnight when she won the sixth series of The Great British Bake Off.

With her bright eyes and cheerful face, Nadiya understands that cooking is not for everyone and simple meals are the best options for the general public.

The show’s first season is out which has 7 episodes with easy-to-cook recipes.

The theme of the show is to bake but also to have fun.

The overall format of the show Nailed It! is not that of a mainstream cookery show.

Nailed It! breaks the stereotype by inviting 3 amateur chefs and asking them to replicate popular bakery items such as creating Donald Trump on a cake or making a unicorn cake.

Every episode sees three unqualified bakers who are asked to nail the dessert and the one who outperforms the others is given a grand prize of $10,000.

The best part about the show is its hosts – the star baker Jacques Torres and Nicole Byer, the comedian, who come together to throw a bone for the home bakers and give them a chance at winning $10,000 for recreating professional confectionary.

The show is closer to the Great British Bake Off which provides a platform for novice bakers with the only major difference being the contestants are lousy and terrible at performing the challenge.

Nailed It! is a very addictive show with an apt blend of appreciation for culinary craft and a lot of humour. It is spread over 4 seasons with each episode lasting up to 30 minutes.

Learning from the maestro has its charm.

Chef’s Table provides the viewers with a similar opportunity of learning the cooking style and techniques of the world-famous chefs.

Watching this series will make you extremely happy as it takes a deep dive into the personal lives of the top-notch chefs while they are putting out their secret cooking and baking methods for you.

It’s also one of the first original documentaries on Netflix which was also nominated for the grand Emmy’s. The series so far has 6 seasons with 30 episodes. P

Corruption is a very familiar word to most of us.

But have you ever dwelled upon the thought of corruption being involved in the food that you eat every day?

Zero Point Zero has taken up the challenge to produce a show that goes to the roots and exposes all sorts of criminal activities associated with the global food supply chain.

It features interviews with the producers, industrial manufacturers, distributors and vendors, all responsible for the production and distribution of food.

Rotten truly is one of a kind.

It’s divided into 2 seasons with a total of 12 episodes that target and aim to expose the wrongdoing by world-renowned corporates. 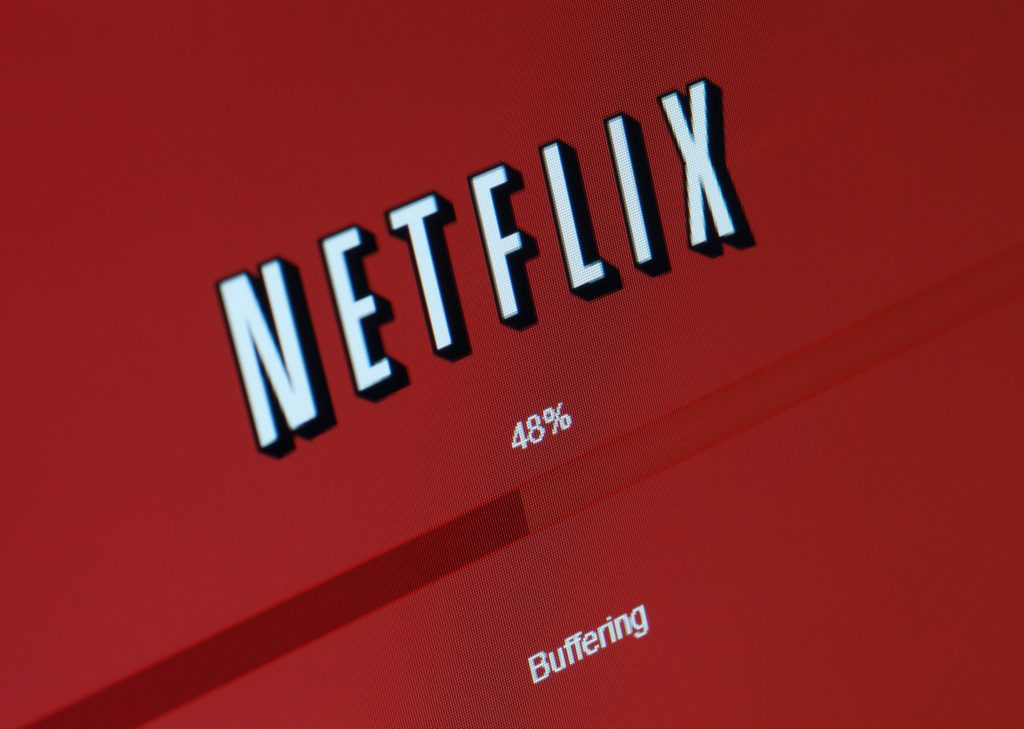 ‘Netflix and Chill’ has become the motto of all age groups.

It was one of the easiest ways to pass time during the lockdown.

One other thing that most people picked up during the pandemic was cooking.

Netflix as a platform owns up to its promise of delivering artistic, novel, creative, useful and situation–oriented content.

Talking only about the culinary genre it has some of the finest shows lined up that can be full of entertainment plus a guidebook for all types of chefs.

Take your pick from our round-up of the best cooking and food shows on Netflix and get ready to binge-watch!

Payal is a Company Secretary by profession who wishes to bring a positive change in this otherwise distorted world via kindness, empathy and through the beautiful and primitive medium of literary writing.