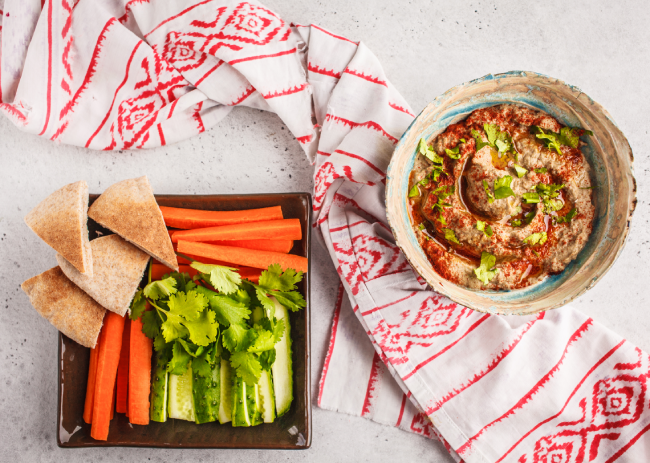 While Middle Eastern cuisine is famous around the world, many people are unfamiliar with dishes that are native to Saudi Arabia. Saudi cuisine is based on simple ingredients like lamb, rice, and vegetables, although it’s bursting with tons of flavor thanks to the varied mix of savory spices like cardamom, cloves, pepper, and cinnamon. Here are five local dishes that you absolutely must try if you’re visiting Saudi Arabia.

Visit any restaurant or home in Saudi Arabia, and you’ll likely see some form of this dish being prepared in the kitchen. Kabsa is made with basmati rice and tender pieces of meat (usually chicken or lamb). The succulent flavor of the meat is accompanied by a seasoning mix of black pepper, cloves, cardamom, saffron, and cinnamon and garnished with almonds, pine nuts, or onions.

Many different versions of Kabsa exist around the Arabian peninsula, making this a truly unique dish no matter where you’re dining. But since it originated right here in Saudi Arabia, it’s one of those things you simply have to try during your visit.

Although it resembles Italian risotto, this popular dish from Saudi Arabia is much more fragrant. Long-grain white rice is boiled with broth, milk, butter, olive oil, and a mixture of spices like cardamom, cinnamon, and bay leaf. It’s usually topped with some type of meat (usually a chicken leg) and served with a side of spicy tomato sauce called Daggus.

Saleeg is especially popular in the Makkah and Tabuk regions, although it can be served during traditional holidays as well. It’s creamy, hearty, and definitely a filling dish guaranteed to delight your tastebuds!

If you’re craving something on the sweeter side, then make sure to try Ma’amoul. It’s a decadent butter cookie filled with any number of ingredients, such as pistachio, almonds, walnuts, figs, or dates. While they are utterly delicious on their own, Ma’amoul cookies are best served with a side of Arabic coffee and chocolate.

You’ll likely find these cookies during Eid, a popular holiday that marks the end of Ramadan. However, other cultures have also adopted their own version of Ma’amoul that are served during Easter, Purim, or Rosh Hashanah.

If you’re visiting Saudi Arabia during Ramadan, then you’ll want to try this savory stew known as Tharid. A piping hot bowl of soup is boiled with aromatic herbs and spices, savory vegetables, and tender pieces of lamb. It’s generally served with a side of bread for dipping, although some people prefer to stack the meat and bread in layers before eating. For non-meat eaters, Tharid can be prepared with vegetable broth instead.

Not only is this dish popular amongst locals, but it’s also been said to be the favorite dish of Prophet Mohammad, who claimed that Tharid was superior to all other foods.

Another stew-like dish popular in Saudi Arabia is Matazeez. While the base for the soup is generally the same as others (rich meat broth, fresh vegetables, tomato puree, and fragrant spices), it does have one unique ingredient that makes it extra special. Flat pieces of whole wheat flour dough are also added to the stew, making it quite filling and hearty.

Lamb is generally the meat of choice, although you can add a number of different vegetables to the broth. Cauliflower, eggplant, pumpkin, zucchini, and carrots are just types that could be mixed with your Matazeez. Garnish with fresh cilantro, and you have yourself one satisfying dish!

Saudi Arabia is a foodies nation, with plenty of opportunities for you to try one of these amazing local dishes. Keep in mind that if you’re planning a trip to Saudi Arabia, you might need a visa, such as the Saudi Business Visa, although you can check the exact type you need with the Saudi Embassy London. But as long as you have an open mind (and an empty stomach), we know you’ll eat like a King in the Kingdom of Saudi Arabia. 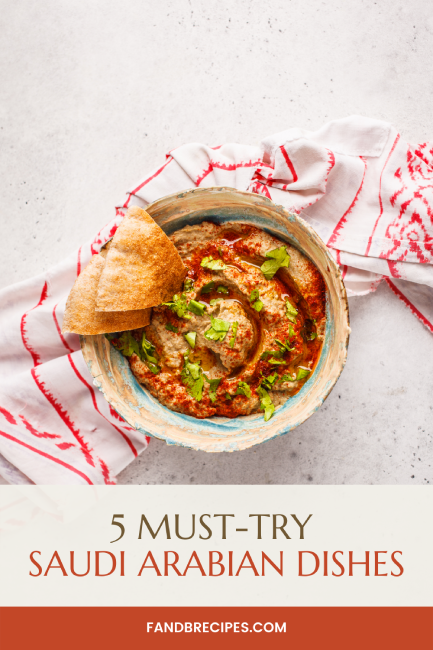