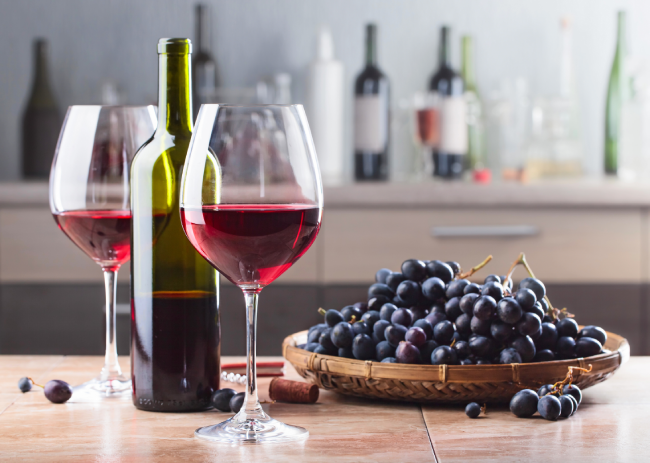 Cabernet Sauvignon is one of the most popular wines in the world, with a rich flavour that pairs well with a variety of foods. The grape is originally from Bordeaux, France, but it is now grown in many other countries, including Chile, Italy, and Australia.

Cabernet Sauvignon wines are generally deep red in colour, with notes of blackberry, cherry, and cassis. They can be enjoyed on their own or paired with hearty dishes such as steak or lamb. Whether you’re enjoying a glass of Cabernet Sauvignon at a restaurant or ordering a bottle to enjoy at home, you’re sure to find this wine to be a delicious and enjoyable choice.

Where Is Cabernet Sauvignon From?

Cabernet Sauvignon is a red wine grape that is believed to be the result of a natural crossing between Cabernet Franc and Sauvignon Blanc. The grape is thought to have originated in the southwestern region of France, in the area around the town of Saint-Émilion.

However, the exact origins of the grape are still somewhat of a mystery, and it is also possible that Cabernet Sauvignon may have originated in another region of France, or even in another country entirely.

Bordeaux, France is world-famous for its wines, and Cabernet Sauvignon is one of the most popular varietals. The region’s climate is ideal for growing this grape, and the soils are rich in limestone, providing perfect drainage and giving the wines a distinctive minerality.

Bordeaux wines are typically very well-balanced, with firm tannins and complex flavours of blackberry, cassis, and cigar box. The best examples can age for decades, developing even more nuanced aromas and flavours.

The wines typically have high tannin levels, which can give the wine a “dry” feeling in the mouth. Cabernet Sauvignon wines are food-friendly and pair well with a variety of dishes, including red meat, grilled vegetables, and sharp cheese.

When choosing a Cabernet Sauvignon wine, look for one that is produced in a cooler climate. Wines from warmer regions tend to be more fruity and less structured.

How Is California Cabernet Sauvignon Different From The French Version?

This leads to a California Cabernet Sauvignon that is richer and more full-bodied than the French version. Additionally, Californian winemakers often use different oak barrels during the ageing process, which can also contribute to subtle differences in flavour and aroma. Ultimately, both versions of Cabernet Sauvignon are enjoyable to drink, but curious wine lovers may want to try both to see how they differ.

Is the Classic Australian Cab Sav as Good as the French Variant?

Australian Cabernet Sauvignon wines tend to be full-bodied with high tannin levels. They typically have aromas of blackcurrant and eucalyptus, and the flavour can include notes of mint, chocolate, and coffee.

Australian winemakers have been able to produce some truly exceptional examples of Cabernet Sauvignon. In addition, the Australian wine industry is relatively young, which means that there is more innovation and experimentation taking place. This has resulted in a number of unique and delicious styles of Cabernet Sauvignon that are not easily found elsewhere in the world.

What Is Cabernet Sauvignon Best Paired With?

If you’re looking for a sweeter pairing, Cabernet Sauvignon can also be paired with chocolate desserts. The rich flavours of the wine will balance out the sweetness of the chocolate for a truly indulgent experience. No matter what you pair it with, Cabernet Sauvignon is sure to add depth and complexity to your dish.

Cabernet Sauvignon is the perfect pairing to accompany your next hearty meal, yet is also completely delicious all on its own. So, the next cold and rainy day, crack out the cabernet sauvignon for a powerful flavour that comforts you as you nestle into your couch, ready for a cosy night at home, happy sipping. 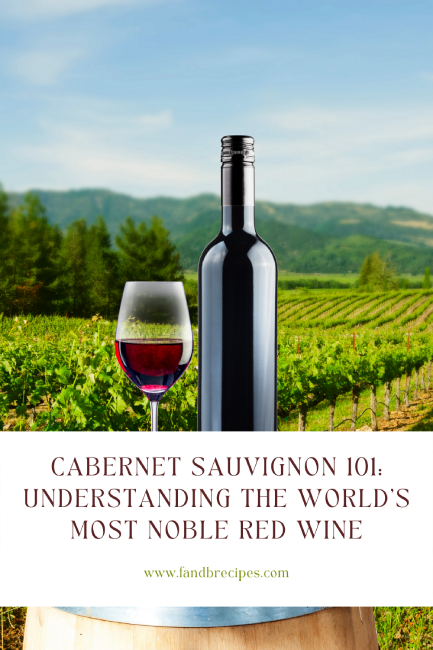