Home » Spirituality and Religion: Everything to Know 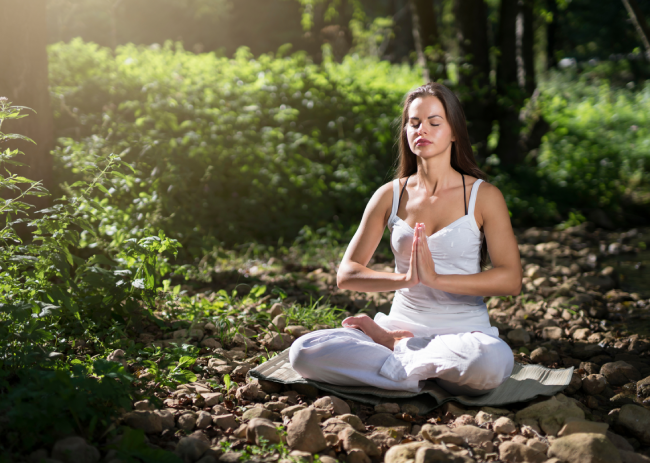 Spirituality and Religion: Everything to Know

Religion and spirituality have existed for thousands of years. Many people use their religious beliefs as a way to give themselves a grounded and on the right path. Others use spiritual faith in the same way.

Religion and spirituality have a large number of differences, and not everybody understands them. Let’s explore everything you need to know about the nuances of spirituality and religion.

Spirituality is often defined as a deep sense of connection to the universe. This can come from meditation, prayer, or it can be something felt between people, even if they are not religious.

Some see spirituality as being able to feel the presence of God. However, there are many forms of spirituality, so it can be different for everyone.

Spirituality is also very personal and individualistic. Many people practice both spirituality and religion at the same time, but it’s important to remember they are not the same thing.

Religion is something that requires faith in a higher power, whether it’s God or another deity.

It can be very structured and require certain practices, such as attending services at a mosque, synagogue, or church. You might also see people exercising their faith by wearing special clothing or protesting the taking down of religious statues.

Religions also have different ways to practice their faith, with some being more strict than others.

When Is Spirituality Different From Religion?

The biggest difference between spirituality and religion is that the latter requires faith in something or someone higher than yourself, often seen as God. While you can be both religious and spiritual, it’s important to remember there are many ways to practice these beliefs.

Spirituality doesn’t require belief in any singular thing, but rather an openness to the world around you. There are no real rules in spirituality that you have to follow except for being true to yourself and your beliefs.

This makes it very personal, which is why many people find peace through it.

In some ways, spirituality is about finding your own path without following somebody else’s rules of comfort. One of the biggest differences between religion and spirituality is that religion requires faith in a higher power, as well as following specific practices.

Religion also involves practicing your faith every day according to certain rules, while spirituality involves finding your own path and connection to the world around you.

How Can Religion and Spirituality Improve My Life?

One of the biggest benefits of practicing a religion or spirituality is that it can give you a sense of meaning and purpose in life. This makes it easier to stay positive, which can have many benefits on your health and well-being. If you’re struggling with depression, anxiety, or other mental illnesses, meditation, and yoga are great ways to find balance in your life.

Both practices are very personal and can give you the sense of connection to others that you might be looking for. Spirituality is much more open-ended than religion, which makes it easy to adjust to whatever works for you. While there are many different forms of spirituality, they all usually involve finding harmony with yourself and the world around you.

For people who are looking to find peace in their life, spirituality is often seen as a good way to do that. It can help individuals find their center and how they want to live life without pressure from others, while still working towards bigger goals like helping society or other causes.

Many people find the freedom associated with spirituality to be empowering. There is nothing inherently wrong with religion. However, you can’t ignore the fact that it is much more strict when compared to spirituality.

For example, some religions dictate when you can get married, what type of food you eat, and whether or not you consume alcohol. Depending on the individual, this may or may not clash with their lifestyle.

If you’re looking for a way to feel more connected with the people around you, practicing any form of spirituality is also a good idea. Whether you try meditating or attending weekly group meetings, it can be a great way to build relationships and find your faith in humanity as well as yourself.

This can be especially important for people who are struggling with depression or other mental illnesses.

However, there is also something to be said about the structure that religion provides. Many people feel lost without a form of guidance. They might develop bad habits or feel as though they do not have a purpose in life. Religion is often centered around helping people understand their role in the universe.

This makes it a great way for people to feel grounded. It also helps them connect with other members of the same religion.

Spirituality sometimes incorporates a concept known as Angel Numbers. These are numbers that are particular to each person and signify a certain meaning.

You can check out this resource to learn more about the 939 Angel Number.

In some cases, it might seem that there aren’t many similarities at all.

The above guide, though, will help you understand how spirituality and religion are related. From here, you can decide which is best for you and make the most of the opportunities that it provides. 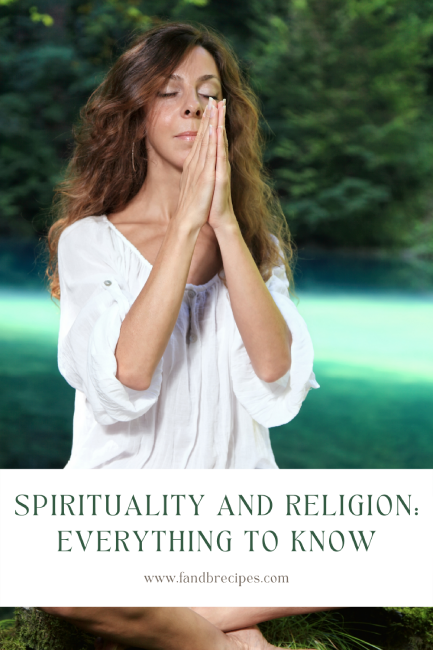 Katie writes for F and B Recipes. She lives in New York with her dog Coco. When not writing, she can be found baking (and eating) chocolate chip cookies.

The Ultimate Guide to Spiritual Guidance